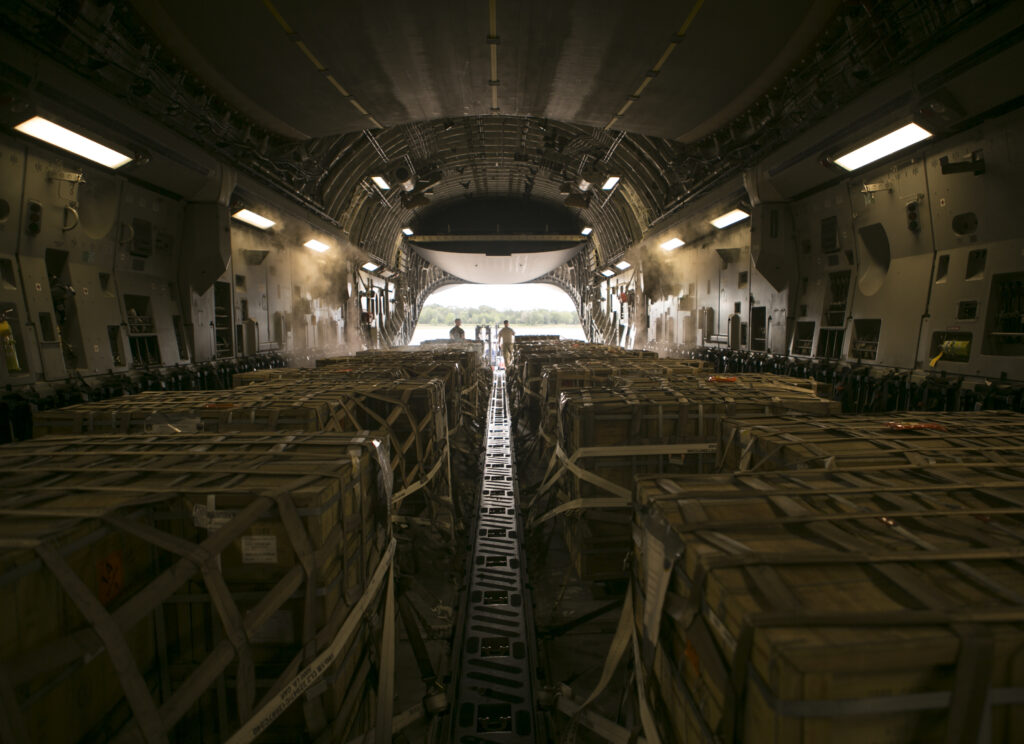 Congressional oversight of U.S. arms sales abroad has been historically weak — both in will and in ability. Even though Congress has the power to block an arms sale through a joint resolution of disapproval, no such legislation has ever successfully blocked a weapons transfer. However, an additional barrier to Congressional and public scrutiny of U.S. weapons exports that remains drastically unexamined is the fact that billions of dollars worth of sales have gone and are going unreported to Congress and the American public in the first place.

Processes of weapons sales for Direct Commercial Sales (DCS), sales by U.S. industry which are licensed by the Department of State to a foreign buyer; and Foreign Military Sales (FMS), sales by the U.S. government to a foreign buyer, are governed under the Arms Export Control Act (AECA). The AECA requires the executive branch to notify Congress of these potential weapons and arms transfers — but only when they meet a certain dollar threshold.

Under the AECA, sales are divided into four categories: major defense equipment, defense articles and services, design and construction services, and enhancements or upgrades in sensitivity of technology or capability. Congressional reporting requirements vary depending on the category of the items to be transferred, whether the sale is DCS or FMS, and the intended recipient. However, nearly all sales have the caveat of a dollar threshold for mandated congressional reporting. If the dollar value of a sale is below a given threshold, Congress does not have to be notified, and information on sales does not have to be made public. This poses a serious problem for transparency and public knowledge of US arms sales abroad, as many sales of defense articles and major defense equipment are not reported to Congress, civil society, or the general public.

Although publicly available data on these under threshold sales is scarce, we do have a small window of insight into the immense scale of the problem. In August 2020, the Office of the Inspector General (OIG) for the Department of State issued a report regarding the Secretary of State’s May 2019 certification of emergency under the AECA. The report stated: the “emergency certification waived congressional review requirements for 22 arms transfer cases to the Kingdom of Saudi Arabia, the United Arab Emirates, and the Hashemite Kingdom of Jordan, with a total value of approximately $8.1 billion.”

The OIG found that the risks of these arms sales were not thoroughly assessed and that the prevention of civilian casualties was not fully taken into consideration for this emergency certification. Additionally, the OIG found that the “Department approved a total of 4,221 below-threshold arms transfers involving Saudi Arabia and the United Arab Emirates, with an estimated total value of $11.2 billion since January 2017.” As Saudi and UAE attacks on and blockades of Yemen continue to exacerbate the country’s humanitarian crisis, these numbers not only prove the existence and massive scale of sales under the Congressional reporting threshold, but demonstrate that policymakers are not devoting sufficient attention to the impact of these sales on the lives of citizens in recipient countries.

If Congress is only notified of and the American public is only able to access partial data on U.S. arms sales, how can policymakers and the general public even begin to assess their impacts? Can partial transparency really be called transparency at all? Or will organizational and activist attempts to create a more responsible and humane foreign policy fall by the wayside as staggering amounts of arms exports to potentially dangerous customers fly under the radar?

Although there are no comprehensive public records available on U.S. arms sales that fall under the Congressional reporting threshold, there may be roundabout ways of calculating and accessing this data. For example, the DSCA Historical Sales Book provides aggregate data on FMS from fiscal year 1950 through the current fiscal year. This data includes sales that are both above and below congressional reporting thresholds. It may be possible to compare data on FMS sales notified to Congress and the public that are posted on the Defense Security Cooperation website with this aggregate data from the Historical Sales Book. However, because this aggregate data is obtained from Letters of Acceptance (LOA) from the recipient countries of FMS at the time of sale, the value of a sale when articles are delivered, sometimes years later, may differ.

Filing Freedom of Information Act (FOIA) requests may also prove fruitful for gaining more insight into under Congressional reporting threshold arms sales. Activist and civil society groups can work to file these requests and to advocate for their release with support from members of Congress who have historically pushed for more transparency and accountability of U.S. arms sales and military assistance. For example, In September 2020, Senators Bob Menendez, Patrick Leahy, and Tim Kaine introduced the Safeguarding Human Rights in Arms Exports (SAFEGUARD) Act of 2020. The bill aims to remove Congressional reporting thresholds for arms sales and defense articles altogether if the Secretary of State has credible information that a government has been deposed by a coup, that there is no democratically elected government in power, or that government security forces have violated human rights.

The timely public scrutiny of critical government actions is a crucial component of a healthy democracy. This scrutiny must include all U.S. arms sales abroad, regardless of their monetary value. After all, the size of a sale does not always correlate with its risk. Some of the most easily transferred and most likely to be misused weapons are also some of the smallest. Complete Congressional knowledge of all U.S. arms sales abroad is also essential to lay the foundation for a reformed legislative arms sales review process that is effective and able to bypass gridlock. Researchers, civil society organizations, and the general public will be more empowered to reduce the risk of unintended consequences of arms sales and to hold the United States accountable for more responsible sales when this data is made more accessible.