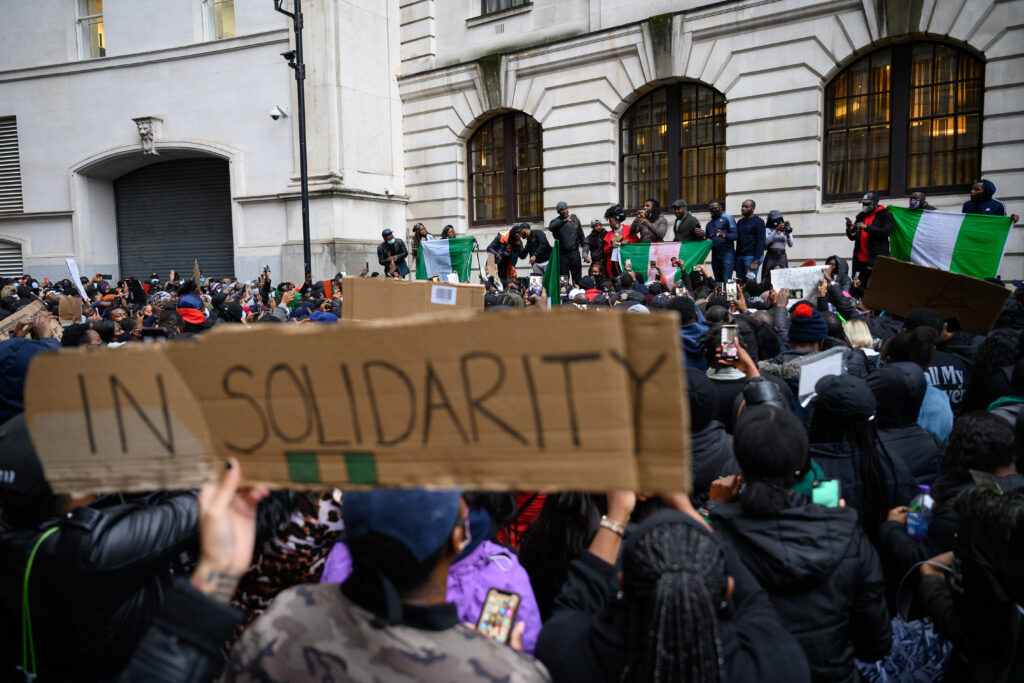 Last month, President Joe Biden gave his first speech to an international institution since his inauguration. Addressing African Union Summit participants in a two minute, pre-recorded video, he emphasized rebuilding global partnerships and re-engaging with the African Union, a clear attempt by the new administration to signal a shift in US-Africa foreign policy following four years of racist disdain from former President Donald Trump. President Biden has made it clear that US Africa policies need to address COVID-19 as well as other health crises, climate change, insecurity, human rights and economic growth. Now that the US has addressed Africa with renewed interest and respect, how will Africa respond?

The speech came during Black History Month and addressed the premier Pan-African organization on the continent, the African Union (AU), originally named the Organisation of African Unity (OAU) from its establishment in 1963 until 2002. The AU, along with the African Development Bank (established 1964) and the United Nations Economic Commission for Africa (established 1958), are the three most influential continental Pan-African organizations today. These inter-governmental institutions evolved from movement-based Pan-Africanism which began in the late 19th century with a vision of a unified Africa as the answer to the racism and inequality faced by Black people globally. The organizations were created to provide a structured home for this mission of unification through economic and political integration.

If the AU and the other Pan-African organizations are to show strength in their mission today, they must have a collective response to the U.S. that involves both African governments and civil society. Likewise, if the US wants to renew positive relations with Africa, it must make strides in achieving racial justice and addressing the demands of the Black Lives Matter (BLM) movement at home. Not only did African nations show solidarity during the 2020 protests following the killing of George Floyd, but many nations experienced their own protests against human rights violations such as #EndSARS and #ZimbabweanLivesMatter throughout 2020. Protest movements against police brutality and other human rights abuses in Africa provided a needed reminder that Black Lives Matter isn’t just a US issue, it’s a global issue and the disregard for Black lives occurs worldwide both in the diaspora and on the continent. This understanding of the global context of BLM shows that movement-based Pan-Africanism lives on today in the form of these civil society movements.

Historically, the 1900 First Pan-African Conference—organized by Henry Sylvester-Williams—and the 1919 Pan-African Congress—organized by W.E.B. Du Bois—provide insight to those looking to explore how we have arrived at the form of Pan-Africanism seen today. Du Bois championed the fight against colonialism in Africa and, in America, he helped inspire an increasingly militant struggle against Jim Crow and segregation. Both were battles against institutional and systemic racism marked with incredible violence, making the Pan-African movement a struggle for the liberation of people of African descent worldwide with the aim of gaining racial, social, political and economic equality for all Black people regardless of location. However, the shift from decolonization to the post-colonial era in Africa highlights one of the many ebbs and flows that the Pan-Africanism movement has experienced and points to its shortcomings. Unfortunately, Cold War competition on the continent, economic dependence on white nations and the contradictions between nationalism and internationalism caused a decline in Pan-Africanism following the demise of colonialism in Africa.

The transformation of the movement in the previous century allows us now, in the 21st century, to understand that Pan-Africanism is complex and peaks based on social, economic, political and cultural conditions. Today, for example, cultural factors like contemporary hip hop influence the movement. Msia Kibona Clark, a professor at Howard University, explains that the migration of Africans globally – whether it be moving to Western countries, back home after living abroad, Black Americans returning to Africa or intracontinental migration – influenced the intermixing of sounds that can be heard in rap, afrobeats, dancehall throughout the continent and the diaspora today. This, according to Clark, shapes today’s Pan-Africanism because artists are able to use music as a vehicle for social statements and political advocacy and listeners feel represented by lyrics and beats that embody their lived and shared experiences. Other factors like the resettlement of Black Americans and first generation African immigrants in Africa, and initiatives like the “Year of Return” are also helping to reimagine Pan-Africanism in 2021. But most importantly, today’s Movement for Black Lives represents the resurgence of Pan-Africanism by civil society. And similar to the 20th century movement, Black women are the backbone of the organizing. BLM was started by three Black women, including a Nigerian-American as a result of her family’s migration which highlights the shared struggle of Black people despite differences in identity. In the 20th century, women like Amy Jacques Garvey (based in Jamaica and the US) and Claudia Jones (based in the US and UK) helped uphold the movement despite being marginalized due to their gender. Today, positive changes like the commitment of Millennials and Gen Zs to progressive feminism are serving to expose and reduce the marginalization of Black women who are at the forefront of the movement and to give them their recognition in real time.

There are many parallels that show how Pan-Africanism currently lives on in the form of the global BLM movement. In the past year, protests against racist human rights violations and police brutality have concurrently taken place throughout the US and Europe, where much of the Black diaspora is based, as well as on the continent, and these protesters have shown solidarity with each other — reasserting the Pan-Africanist belief that people of African descent have common interests and struggles and should be unified as a result. During the #EndSARS protests, the Nigerian diaspora in the US and UK not only made demands aimed at the Nigerian government to end police brutality, they also demanded that the governments in their countries of residence adopt foreign policy measures toward Nigeria to hold it accountable for abuses. Furthermore, Black Americans and Africans worldwide showed support for Nigerians during this time. Nigerians in the US and UK also took part in the summer protests against US police brutality showing the duality of their identities and their commitment to the plight of Black people regardless of nationality or ethnicity — the epitome of Pan-Africanism.

Today, just like in the 20th century, extreme economic inequality still exists for Black people globally: the debt African nations owe and an over reliance on white nations for financing, the racial wealth and income gaps in the United States, and extreme corruption by African leaders are all economic issues affecting progress toward self-determination and true integration that the founders of Pan-Africanism envisioned. Finally, the medical apartheid we are witnessing today within the COVID-19 pandemic is affecting Black people in the US, UK and Africa alike. In the UK, historical issues of racism in the medical field has created trauma for many Black communities in the country who now have a low level of trust toward the vaccine. For Africa, wealthy white nations are hoarding the vaccine and bought one billion more doses than they actually needed; it’s predicted that because of this, many African nations will not receive the vaccine until 2022 or later. Shockingly, the surplus that these white-majority nations acquired is enough to vaccinate the whole adult population of the continent. In the United States, Black Americans are being vaccinated at incredibly lower rates when compared to their white counterparts who are receiving the vaccination at a two to three times higher rate according to the Kaiser Family Foundation. The issue of medical apartheid further exemplifies that the issues faced by Black people today transcend borders in the same way that 20th century issues that Pan-Africanism sought to address did, and today’s Black Lives Matter movement is the response to these global problems.

It is essential that Pan-African institutions like the AU, AfDB, and ECA lead the way in addressing these issues by mobilizing African governments to support the demands of Black civil society organizations globally. These institutions were created to be the unified, collective voice for Black people throughout the world so that they can have powerful representation within the international community to fight for an end to their systemic and intentional marginalization. Black civil society movements in the US, Europe, Caribbean, South and Central America and Africa seek to address economic, social and political inequality, which are the same issues that President Biden raised in his speech last month: from COVID-19 to human right abuses, Black people worldwide are plagued by the same issues, regardless of their location. The US has announced it wants to engage with Africa on these issues. In order for Pan-African institutions to effectively address these problems and work toward solutions with the cooperation of the U.S., they must embrace the Global Black Lives Matter movement which is a resurgence of Pan-Africanism. This is the only way for these institutions to strengthen their role in world affairs.

Want to know more about Pan-Africanism? Check out this new fact sheet from CIP’s Africa Program on its history and leading figures.

US Foreign Policy toward African Elections in 2021by Temi Ibirogba / June 3, 2021