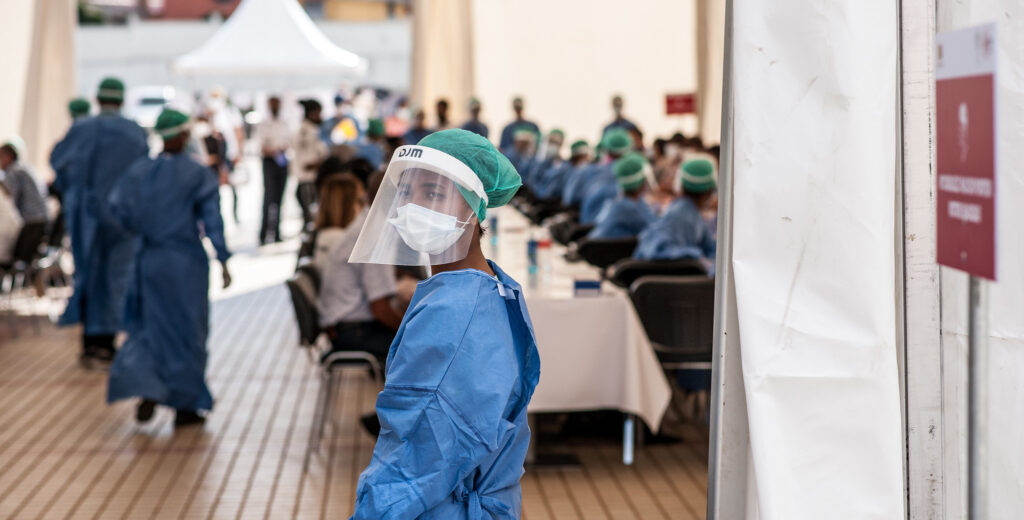 Restoring U.S. Leadership on Global Health Will Save Lives in Africa. Here’s Why.

Despite what Secretary Pompeo and the Trump administration have claimed, the United States is not “the world’s leader” in responding effectively to the global COVID-19 pandemic. The U.S. does, however, lead the world in  the greatest number of cases and deaths. The administration’s utter failure to enact a timely and effective national pandemic response also makes the U.S. an example for how not to handle a pandemic rather than a country to “look to”  as a role model for effectively combating the virus.

With former Vice President Joe Biden having now won the presidential election, the stakes for the next U.S. administration couldn’t be higher. Biden and his new administration will have to regain the trust of the American people and salvage what’s left of its tainted international reputation from the Trump administration’s disastrous pandemic response — which has resulted in over 130,000 avoidable deaths in the U.S., out of the country’s total COVID-19 death rate, which currently stands at 242,861 and will likely continue to grow.

The U.S. now has an opportunity to reassert itself as a global health leader and redefine its role and engagement in global health. To achieve this, the Biden administration must reverse the decisions and policies that the Trump administration has stood behind which have threatened the progress made in global health efforts. The Trump administration’s refusal to participate in the COVID-19 Vaccines Global Access (COVAX) Facility, withdrawal from the World Health Organization (WHO), and backing of policies that undermine the sexual and reproductive rights of women globally, have had great consequences on the well-being of communities across the world.

For example, Africa has done relatively well in managing COVID-19 through fast and targeted action early on, but the continent’s fragile health care systems and the prevalence of infectious diseases such as HIV/AIDS and Tuberculosis put African populations at a greater risk of facing serious consequences from the pandemic. A report by the WHO and the United Nations Programme on HIV/AIDS (UNAIDS) estimated that interruptions in health services during COVID-19 “could lead to more than 500,000 extra deaths from AIDS-related illnesses, including from tuberculosis, in sub-Saharan Africa in 2020–2021.”

America’s refusal to join COVAX — a global collaborative effort headed by the WHO and Gavi, the multilateral vaccine alliance, for the development, production, and equitable access to COVID-19 tests, treatments, and vaccines — meant that the U.S. was not even a participant in the most important collective effort to combat the virus. 184 countries have now joined COVAX, coming together in solidarity to ensure that poor countries are not left behind as rich nations stock up on a potential COVID-19 vaccine.. COVAX will help Africa secure at least 220 million doses of a COVID-19 vaccine. While the continent will need more than COVAX to get enough vaccines, there is no doubt that the initiative will help fill an accessibility gap that might have been worse otherwise.

While the U.S. has withdrawn from certain areas of global health efforts, it has increased its support for policies that have grave consequences on the health of millions of women across the globe as the Trump administration has expanded its war on women’s bodies beyond the United States. On January 23, 2017, President Trump reinstated the Mexico City Policy, also known as the Global Gag Rule. The Mexico City Policy requires foreign NGOs that receive U.S. global health assistance to certify that they will not provide abortion services, counsel on, or refer patients for abortion services, and won’t advocate for the liberalization of abortion laws in their country. On October 22, 2020, the U.S. joined Egypt, Uganda, Brazil, and Indonesia in co-sponsoring the Geneva Consensus Declaration that defends the “inherent right to life” and prohibits abortion from being “promoted as a method of family planning.” In Africa, limited access to sexual and reproductive health services leads women and girls to unwanted pregnancies that often lead to unsafe abortions, which account for 5.2-17.2 percent of annual maternal deaths. The Mexico City Policy only exacerbates these figures by denying them access to essential health services. .

A new administration offers the U.S. a renewed chance to increase its leadership in global health efforts and turn away from policies that put its citizens and the world at risk. The U.S. can continue its isolationism and its America First policy, further damaging its global reputation, or the U.S. can set an example for others by embracing solidarity and strengthening multilateralism. As one of the regions most directly affected by U.S. global health policies, Africa must be a priority for the Biden administration. The U.S. should increase its support for African countries whose weak healthcare systems have been overwhelmed by the pandemic and ease the challenges that the continent faces in accessing a COVID-19 vaccine. Future global health policies must respect the freedom of girls and women and their right to access sexual and reproductive health services.

This renewal in leadership will require a multi-pronged approach. The first step is to rejoin the WHO and recommit funds for the implementation of global health programs, which the Biden transition team has already signaled an intention to do. The second is by learning from its experience of carrying out one of the most successful global health initiatives like the U.S. President’s Emergency Plan for AIDS Relief (PEPFAR), which has saved over 18 million lives so far and is one of the world’s most successful global health initiatives. But the U.S. did not help save millions of lives through PEPFAR on its own; rather, it worked with organizations like the WHO and created strategic partnerships that advanced global health. As WHO Africa Director Matshidiso Moeti puts it, “health is a vital aspect of diplomacy,” and now more than ever, the world needs coordinated diplomatic efforts to aid countries that are struggling because of COVID-19. The U.S. can lead those efforts by backing the COVAX initiative and ensuring that poor nations are not left behind — in addition to the steps detailed above.

To truly advance global health, the Biden administration of the U.S. must push for a justice and equity-focused global response to the COVID-19 crisis, in the interest of America, Africa, and the rest of the world.

Hopes for a Feminist U.S. Administration: At Home and Abroadby Sydney Boer / November 17, 2020