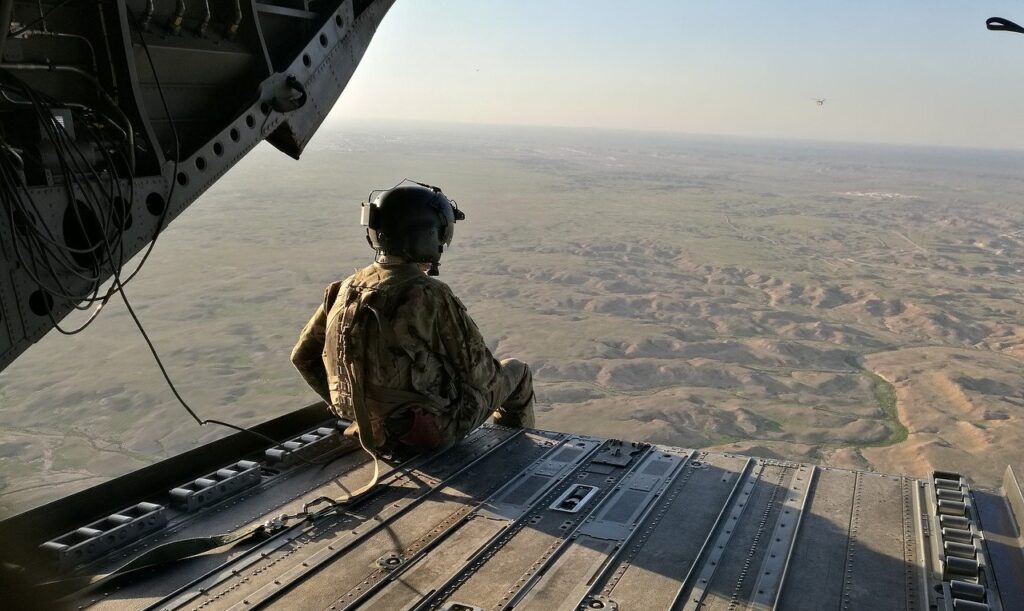 The Things We Know, But Do Not Say, About the Costs of American War

“Well, we like war. We’re a war-like people,” the comedian George Carlin, whom I’ve been missing of late, pronounced way back in 1992, on the heels of America’s triumphalist First Persian Gulf War “victory.”

The cheers from his dedicated fanbase crowd aside, George’s wasn’t a popular view at the time.  Neither was this extended follow-on treatise:

[This country] can’t build a decent car, can’t make a TV set or a VCR worth a f*#k, got no steel industry left, can’t educate our young people, can’t get health care to our old people, but we can bomb the sh*t out of your country all right!…Especially if your country is full of brown people…

That was 28 years ago. It’s easy to forget, but matters were pretty bad back then. Recall the paradoxical,  but instructive, obscenity of the first African-American chairman of the Joint Chief’s nonchalant dismissal of journalistic inquiries about [brown] Iraqi death tolls: “It’s really not a number I’m terribly interested in,” he said.  That, of course, was General — and future first Black Secretary of State — Colin Powell: a martial emeritus now (understandably) trotted out as America’s senior resident dove. Well, it’s all relative.

In retrospect, it was a pivotal point (of no return), that hubristic moment of post-Cold War alacrity. Rather too self-congratulatory were then loud public plaudits of America’s supposedly invincible army. After all, anyone sober enough to remove the victor’s bumptious beer-goggles might’ve pumped the hegemonic brakes and admitted the U.S. military’s meager accomplishment had really just reestablished a tenuous regional status quo. America’s warriors had merely beat up on an enemy foolish and incompetent enough to fight a tech-savvy superpower in open desert, absent air cover, with precisely the sort of outdated Soviet equipment U.S. troops had spent four decades preparing for. The U.S. Army’s straight-out-of-central-casting, cigar-chomping ground commander, General “Stormin’” Norman Schwarzkopf, had hardly managed a Mesopotamian Austerlitz.

Those times seem almost quaint to soldiers of my generation;  Saddam Hussein may have promised to wage the “Mother of all Battles,” but there were single months during the 2007 Iraq surge when American casualties nearly matched Gulf War totals. Still, something of today’s high-age — or is it late-stage — imperial militarist-culture had already seeped in.

Befitting the seemingly low-cost (for us), high-pay-off war era, American society’s martial-inflection had, back then, an almost farcically sanitized — Disney-ified even — character. It is hard, for example, to imagine another historical juncture when the Topps company could unironically release three series-worth of Desert Storm trading cards. The first in the sequence was titled “Coalition For Peace.” There was no corrective fourth series denoting the at least 25,000 Iraqi troops and 2-3,000 civilians killed in the war itself — or the postwar 500,000 or so U.S. sanctions-induced Iraqi child deaths. The latter were “worth the cost,” according to the first mother to serve as Secretary of State, Ms. Madeleine Albright. Got that?

Few noticed at the time, swept up as they were in the patriotic euphoria. Most also missed that plenty of this patriotism was corporate-sponsored, what with major defense contractors chipping-in funds — Raytheon threw $100,000 in the camouflage hat — for the televised post-Persian Gulf War “National Victory Celebration” parade in Washington D.C. For the war-profiteers, this pittance was as much investment as charity.

Nearly three decades hence, America’s war machine decided to go big rather than go home. It didn’t end well, either. In fact, it hasn’t ended at all.

In the years since the 9/11 attacks propelled Washington on a warpath with no end in sight, at least 800,000 people have been killed by direct war violence, by a rather conservative estimate, in just five countries (Iraq, Afghanistan, Syria, Yemen, and Pakistan) of what America admitted was a titular global war on terror. By the way, more than 300,000 of the deceased were definitely civilians. It hardly matters, certainly to the victims, whether the deaths derived from direct battles U.S. troops fought, bombs U.S. planes dropped, munitions U.S. arms dealers dealt, or bloody communal catastrophes that U.S. adventurism catalyzed.

Added to these new depths of America’s blood-letting was an unprecedented breadth. During the Gulf War, the “mother of all battle” fronts stretched for maybe 375 miles; the war waged in just three countries:  Iraq, Kuwait, and briefly Saudi Arabia. By contrast, today’s adventures span around 11,000 miles, across two continents, while U.S. troops have actively fought in at least 14 countries, plus “advised-and-assisted ” foreign warfighters in 65 sovereign states. Like Jeff Bezos’s pandemic-profligacy or a ballooning national debt, the scale and scope of American warfare is too immense to comprehend.

Adding to the collective incomprehension, there’s new Orwellian Newspeak, infusing every facet of today’s inverted civil-military relations, that tacks toward the absurd. Forget the comparatively cosmetic cultural militarism of “Coalition For Peace” Gulf War trading cards: these days we’ve got an unreal reality — per a recent CIP report — wherein the U.S. government and defense contractors paid at least $1 billion to influence what the top fifty U.S. think tanks think, from 2014-2019 alone. For a genuine jump through the looking glass, dear Alice: consider that one, a prominent [Carnegie] endowment for “peace,” accepted cash from ten separate outfits that wage, or peddle weapons of, war.

That’s just a tiny taste of who we bomb, why (more like why not?), and qui — you know — bono: a terse tour of what’s most macabre, yet unspoken, in modern society. Consider it America’s Topps-worthy endless war edition of empire.

It is no small thing to kill a man (or woman, or child, for that matter). But to apocryphally channel Joseph Stalin, it’s become a minor matter indeed when U.S. actions kill a cool million — especially if somewhere south of one percent of the citizenry does any actual killing (if in all our names, naturally). Such is America’s “new” old way of war.

It took me (almost criminally) long enough, but,  just like my favorite comic, “I don’t feel about that war the way we were told we were supposed to feel about” my wars, and “I don’t get all choked up about yellow ribbons and American flags.”

Back in 1992, after living through his sixth war, by a cautious count, George Carlin caustically conveyed the costs of dissent from the patriotism cult: “I got this real moron thing I do; it’s called ‘thinking,’ and I’m not a very good American because I like to form my own opinions.”

Well, with another “Veteran’s” Day of military-fetishizing festivities in the books, my own version of that “moron thing” involves un-Americanly thinking — knowing, viscerally — that my own sons’ lives haven’t an ounce more value than those (85,000 and counting) Yemeni children my own government helps starve to death.

A more decent people would consider “memorializing” just a few of their innocent victims on the nation’s next military commemorative calendar day come May.