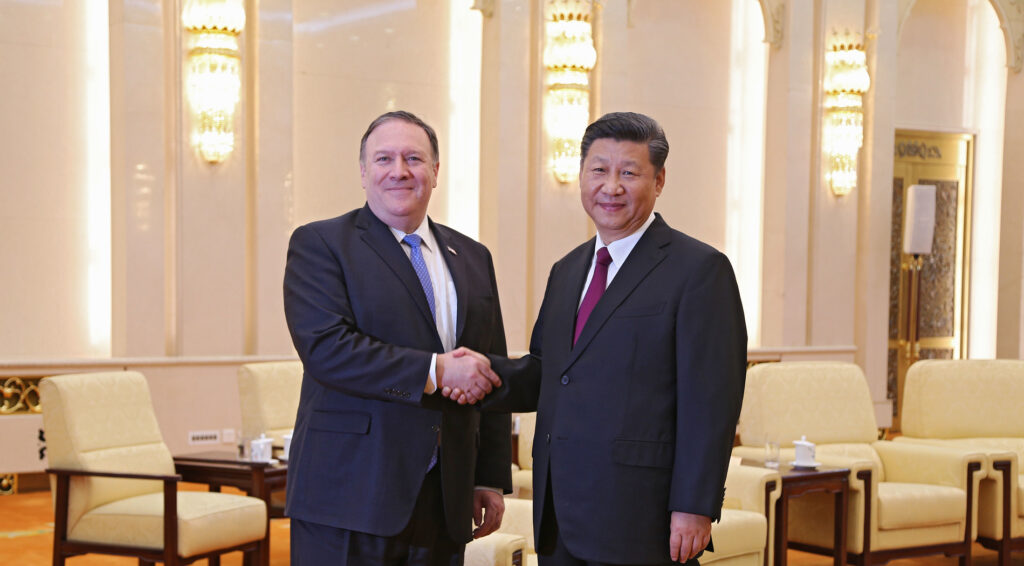 After the U.S. election, as before it, China policy still forms a central strand of Washington’s foreign policy — and also, of political and economic affairs within the United States itself. Will the political line-up that we see in Washington next January be one that favors greater confrontation with China, or one that seeks to dial back the tensions that have arisen between the two countries in the past few years?

Just days before Americans went to the polls on November 3, I had the honor of hosting a unique online dialogue in which leading economic experts from the two countries discussed several of the tricky issues on the two countries’ bilateral agenda — and they displayed a welcome degree of agreement that would have surprised most of Washington’s commentariat.

In particular, regarding the concerns that many U.S. policymakers have voiced over whether the tight intertwining of supply chains in the high-tech arena could allow China to steal U.S. secrets or even penetrate U.S. security networks, the dialogue participants concurred in supporting the creation of a new international regulatory body to oversee the most sensitive points of high-tech research, development, and supply chains and provide assurance that no nation operating in that arena was threatening the security of any other nation.

This innovative proposal looks like a parallel to the International Atomic Energy Agency (IAEA), the body that the United Nations established in 1957 to provide hopefully neutral international oversight of peaceful nuclear facilities around the world, to provide assurance that products from these plants are not diverted to military purposes.

Dr. Yukon Huang and Mr. He Weiwen were the two economics experts taking part in our October 28 dialogue. Dr. Huang is a senior fellow with the Carnegie Endowment for International Peace who previously had a long career in the (U.S.-dominated) World Bank, including several years as its country director for China. Mr. Weiwen served for several years as the economic affairs officer in China’s consulates in New York and San Francisco and is currently head of the Global Alliance of Small and Medium Enterprises.

Dr. Huang was the first to propose the creation of a new international regulatory agency for the high-tech field. This proposal came when he was discussing the risks of the extreme economic and tech decoupling the two countries have been experiencing—largely at the insistence of the Trump administration. Dr. Huang estimated that there are between fifteen and twenty leading U.S. tech companies that “basically earn 20 to 50% of their revenues from their exports to China. So when you cut off China as a market, you reduce the profitability of a wide range of U.S. companies. In fact, these are America’s most innovative companies, the most high-tech sophisticated companies.”

He cited a year-old IMF study finding that Trump-driven cuts of several key high-tech supply chains could not only force China’s growth rate to decline by one or two percent, but could also affect the United States’ economy. “In fact,” Dr. Huang said, “America’s economic growth could be cut in half because America depends upon innovation to prosper…So decoupling has a consequence, a negative consequence, for both sides…Once you start to restrict the sharing of knowledge, you’re reducing growth around the world, and we have a really serious problem.”

Dr. Huang concluded, “You have to basically construct international global agreements to deal with these security concerns…Global collaboration in my view is the only way in the long term to solve what I call the security concerns which are driving decoupling.”

Mr. He then added his own stack of statistics on the tight interdependence of the two countries’ tech sectors. His main argument echoed much of what Dr. Huang had said: “If the China market is lost, this will cut seriously into the revenue [of leading U.S. high-tech companies] and to their input in research and development. That will be crucial for them because the key for them to lead the world in cutting-edge technology is a huge input in R&D. So if that is lost, America will suffer seriously.”

He, too, concluded that the only solution was for the two countries’ governments to talk: “because the United States has no strategic confidence and trust in China, nor does China have in the U.S. So we have to talk…And also we should enter into multilateral agreements, [so] there is also some arrangement to guard against the possible security concerns.”

This matter of searching for a way to assuage the security concerns that many Americans — and Chinese — have on account of the tight knitting-together of global supply chains in high-tech was not the only issue on which the two experts found agreement. They also agreed that the currently dire economic plight of many low-income countries needs to be met with significant debt relief from international lenders. They both called for a significant reduction of the tariff levels that have soared upward both between their two countries and between the United States and many other countries, too. And they both called for rapid progress back toward concluding a bilateral investment treaty, a measure that Dr. Huang noted had been close to attainment under President Barack Obama but that President Trump had set aside.

The dialogue I hosted on economic affairs between these two experts was preceded, in mid-October, by a parallel dialogue between strategic experts from the two countries. In the “security” dialogue, the interlocutors did not express agreement on as great a proportion of the topics they discussed as did the participants in the economic dialogue. But they did reach key points of agreement, especially on the necessity of avoiding any steps that might lead to outright military conflict between the two countries. And even where they disagreed, they did so in a very collegial fashion that promised the chance of fruitful further dialogue.

It is clear that continued tension and confrontation with China is neither desirable nor inevitable, even though many members of the U.S. political elite across the political spectrum seem to have jumped onto a scare-mongering, anti-China bandwagon. Anyway, let’s face it, the United States’ clout in the world has decreased considerably over recent years and most notably throughout the past seven months of the pandemic. Plus, as everyone in the high-tech world admits, there is no easy way at all for China and the U.S. to “decouple” this crucial part of both of our economies. So we Americans seem “doomed” to live in a state of respectful equality with our counterparts in China. Let’s start to learn how to do that.