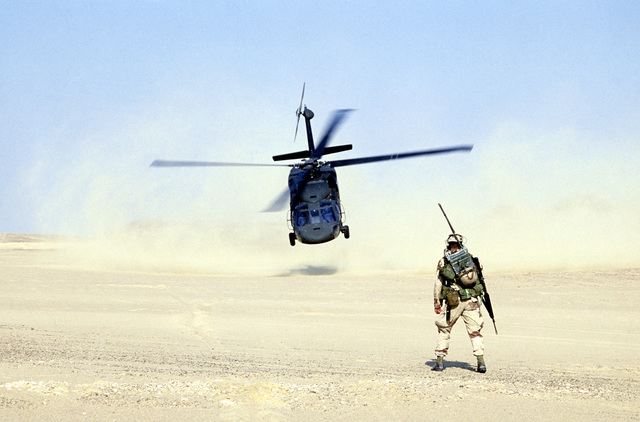 The Biggest Reason U.S. Arms Sales Continue to Go Unchecked and What Could Change That

When the U.S. government or an American company wants to sell a weapon to another country, the process is clearly laid out and generally moves forward through a series of technical reviews. Under a foreign military sale, which takes place between the U.S. government and a foreign government, the State Department’s Bureau of Political-Military Affairs manages the process together with the Defense Department’s Defense Security Cooperation Agency, beginning when a country submits a formal letter of request. The departments of State and Defense review the request and notify Congress and the public in the case of major sales. The process for direct commercial sales between a U.S. company and foreign government is similar but is negotiated privately between foreign governments and U.S. companies without a public notification.

In either of these cases, one thing is clear: the U.S. Congress is, at best, notified of the sale, but not required to deliberate or weigh in. And even if Congress does weigh in and blocks the arms sale by the agreement of both houses, the president can still veto any joint resolution to block a sale, just as President Trump did in 2019 over U.S. arms sales to Saudi Arabia.

As a result of all this, it is extremely easy — if there are other pressing matters, which there always are — for a particular arms sale to fly under the radar. The easiest thing is for Congress to do nothing to weigh in on a sale, which is what nearly always happens, meaning sales almost always proceed unimpeded. In fact, Congress has never successfully blocked a proposed arms sale by use of a joint resolution of disapproval.

Last week, a bipartisan group of senators, Chris Murphy, Mike Lee, and Bernie Sanders, introduced the National Security Powers Act, legislation that would change Congress’ traditional role in this process. In addition to its wider scope of strengthening congressional authorities to reverse the Executive Branch on key foreign policy decisions, including war authorizations, the bill would also require Congress to take a limited number of affirmative votes before certain kinds of higher-risk arms sales could proceed.

This change is something the arms control community has been advocating for some time and would represent a critical step in strengthening oversight of U.S. arms sales, which otherwise tend to proceed through the bureaucracy as a matter of course. In fact, the current system of arms sales approvals is so divorced from America’s diplomatic goals that we have seen the continued influx of U.S. weapons to the UAE even as the Gulf state pursues destabilizing goals in Yemen and Libya, $200 million in new arms sales to Egypt just after the arrests of family members of a prominent human rights activist, and the approval of $735 million in precision guided weapons to Israel in the midst of a deadly bombing campaign on Gaza. Not only did those sales proceed, Congress did not even pause them to review first.

America’s involvement in conflict often takes the form of arms sales. When countries who are party to a conflict receive U.S. arms, and the U.S. willingly approves those sales, it also tacitly approves the role of that country in conflict, even countries that violate human rights and bring about large numbers of civilian casualties.

Because the default action is for Congress to do nothing to prevent high-risk arms sales, a failure to pass this legislation all but guarantees that arms sales between the United States and other governments, regardless of the risks, will continue to proceed as normal. And the result, a bureaucratic process that merely facilitates a technical review, means arms from the U.S. will continue an unchecked flow, often in complete contradiction of America’s foreign policy goals.