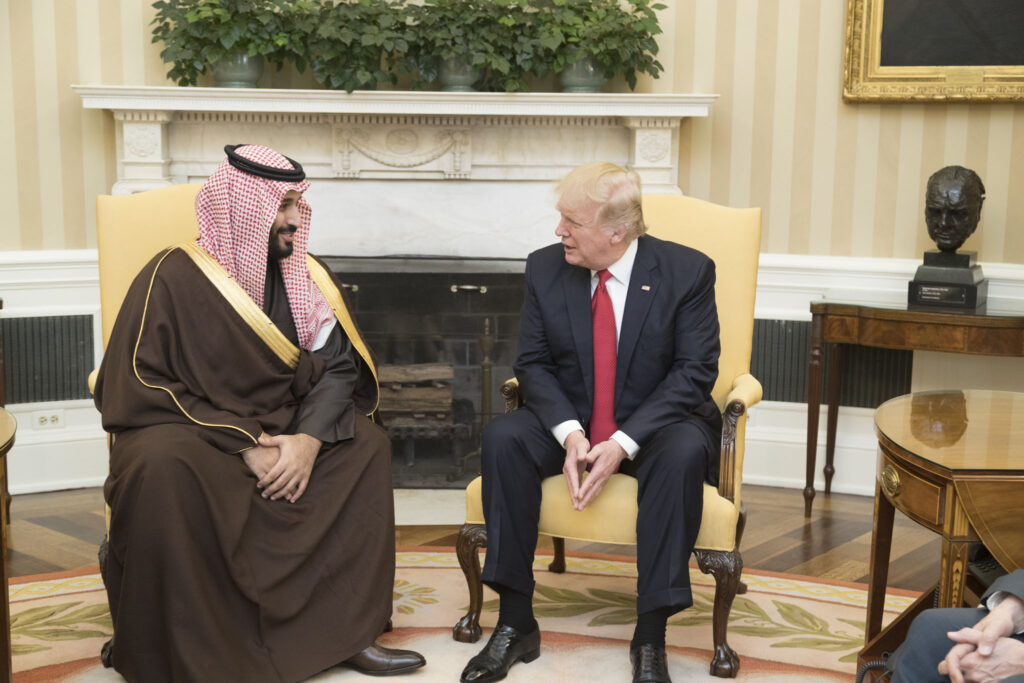 This piece was first published at The Hill on January 17, 2021

President Trump’s role in provoking last week’s assault on the Capitol has once again underscored his unabashed promotion of autocracy and undemocratic practices at home and abroad. On the global stage, nowhere is this clearer than in his administration’s proposal of two lame-duck sales of precision-guided bombs to Saudi Arabia worth nearly $800 million.

Saudi Crown Prince Mohammed Bin Salman is the de facto leader of one of the most repressive regimes in the world. The brutal October 2018 murder of U.S.-resident journalist and Saudi dissident Jamal Khashoggi – carried out at the direction of Bin Salman – laid bare the predation of the young-crown prince. And yet, the Trump administration’s support for the Saudi royal remained firm. The president explicitly cited the revenues generated for firms like Raytheon from arms sales to the kingdom as a reason to back the regime.

Meanwhile, the Saudi regime’s greatest crime – its five-year-plus war in Yemen – continues unabated. The Saudi-led coalition has killed thousands of civilians in an indiscriminate bombing campaign that has targeted hospitals, marketplaces, civilian infrastructure, a school bus and even a funeral. Many of these strikes were carried out with U.S.-supplied bombs dropped from U.S.-supplied aircraft. The bombing campaign, paired with a naval blockade and other efforts to impede the delivery of humanitarian aid, has created what the United Nations has described as the world’s worst humanitarian crisis, with over 100,000 deaths, millions of Yemenis on the brink of starvation and the outbreak of preventable diseases.

At home, Mohammed Bin Salman’s attempt to posture as a reformer is belied by his sweeping crackdown on potential critics and human rights defenders, including Loujain al-Hathloul, an activist who led the campaign to allow women to drive in Saudi Arabia. The young woman now sits in prison, charged with violating national security in a bogus trial clearly motivated by her record of dissent, not any threat to the government or public safety.

The Trump administration’s support for the Saudi regime endures despite growing opposition from the public and lawmakers, who voted in 2019 to block a prior sale of bombs for the Royal Saudi Air Force only to have its action vetoed by the president. Congress has also voted to end U.S. logistical support for the Saudi intervention in Yemen under the War Powers Resolution, only to be rebuffed by the administration. The 2019 bomb sale was rammed through under a dubious emergency declaration that was subject to an investigation by the State Department’s Office of Inspector General. Even the president’s electoral loss has not curbed his corrosive disregard for the norms of the U.S. arms sales process. Recent sales to the Arab Gulf have proceeded without the traditional practice of consulting with key members of Congress before moving forward.

The primary beneficiaries of the Trump administration’s ill-conceived arms deals with Saudi Arabia are weapons manufacturers like Raytheon and Boeing, the companies that will produce the bombs now being offered to the Saudi regime. Raytheon has strenuously lobbied Congress and the administration in support of its trade with Riyadh, and one if its former lobbyists was a key player in the decision to declare the 2019 emergency that helped clear the way for a prior sale. President Trump has made hugely exaggerated claims about the number of jobs that would be created by Saudi arms sales, at one point citing the astonishing figure of 500,000 jobs. The real figure is at best less than one-tenth of that number, and many of those will be created in Saudi Arabia due to coproduction agreements that will entail production of components and final assembly of U.S.-supplied equipment there.

It will ultimately be up to the Biden administration to reverse the Trump administration’s last-minute arms sales to Saudi Arabia, a move the president-elect may be inclined to make given his statement that his administration will not “check its values at the door” with respect to arms sales to Saudi Arabia and its role in the Yemen war.  Doing so would not only save lives in Yemen but also signal to friends and foes alike that the United States will no longer look the other way as American arms are used to empower autocrats or kill civilians.

At a time when Biden has called for an American renewal, ending arms transfers to repressive regimes would be a welcome first step in ensuring that the U.S. role in the world reflects the values and commitments it seeks to promote at home.