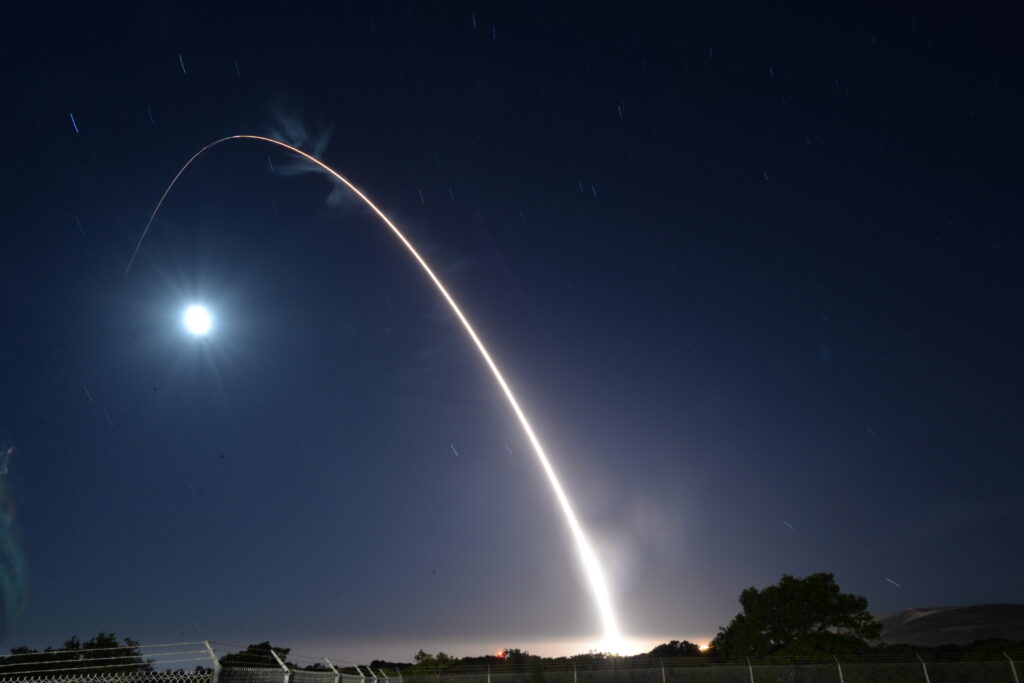 Despite pledges to reduce the role of nuclear weapons in U.S. national security policy, the Biden administration has doubled down on the Pentagon’s plan to spend up to $2 trillion on a new generation of nuclear weapons over the next three decades.  The administration’s Fiscal Year 2022 budget, released on the Friday before Memorial Day to limit public discussion and scrutiny, included every nuclear weapons program on the Pentagon’s wish list, including systems like a new nuclear-armed sea-launched cruise missile (SLCM) that was a brainchild of the Trump administration.  Hopefully the Biden team will shift course as it crafts its upcoming Nuclear Posture Review, but in the meantime, it’s good news for nuclear weapons contractors and bad news for the rest of us.

Companies that stand to benefit most from the nuclear weapons buildup include Northrop Grumman, which late last year received a $13.3 billion contract to build a new Intercontinental Ballistic Missile (ICBM), known in the antiseptic jargon favored by the Pentagon as the Ground-Based Strategic Deterrent (GBSD); General Dynamics, which is building the Columbia class of ballistic missile submarines at roughly $9 billion per boat; Lockheed Martin, which builds submarine-launched ballistic missiles; Raytheon, which is building a new air-launched nuclear cruise missile, known officially as the Long-Range Standoff missile (LRSO); and Northrop Grumman yet again, for the nuclear-armed B-21 bomber.  There are also firms that profit from the Department of Energy’s nuclear warhead complex, most notably Honeywell, which runs or helps run several facilities involved in the development and production of nuclear warheads.  In all, nuclear weapons-related spending in the FY 2022 Biden budget proposal totaled over $43 billion – a hefty sum, most of which goes to the above-mentioned contractors and their suppliers.

A new report from the International Campaign to Abolish Nuclear Weapons (ICAN) notes that profiteering on weapons that could end life as we know it is a global phenomenon.  As stated in the report, “In 2020, during the worst global pandemic in a century, nine nuclear-armed states spent $72.6 billion on their nuclear weapons, more than $137,000 per minute, an inflation adjusted increase of $1.4 billion from last year.”  The report notes that the companies involved invest substantial sums in keep the nuclear gravy train running – $117 million in lobbying expenditures in 2020 alone.  As ICAN notes in its report, this is an excellent investment from the perspective of the nuclear weapons makers — $236 in contracts received for every dollar spent on lobbying.

As noted in an earlier analysis by the Center for International Policy’s Foreign Influence Transparency Initiative (FITI), major weapons contractors also fund think tanks that often promote their views to the public, the media, and policy makers.  ICAN estimates that nuclear weapons contractors in particular spent $5 to $10 million in 2020 supporting think tanks like the Brookings Institution, the Center for a New American Security, the Center for Strategic and International Studies, and the Hudson Institute, all of which weigh in regularly on nuclear weapons policy.

If building a new generation of nuclear weapons were just a money-making racket, that would be bad enough.  But far worse is the fact that continuing to build and deploy these systems increases the risk of a nuclear war, an outcome that must be avoided at all costs. For example, as former Secretary of Defense William Perry has noted, ICBMs are “some of the most dangerous weapons in the world” because the president would only have a matter of minutes to decide whether to use them upon warning of an attack, greatly increasing the risk of an accidental nuclear war based on a false alarm.  And the fact that a nuclear weapon has not been used since the bombings of Hiroshima and Nagasaki is due as much to luck as to sound policymaking.

The only way to truly make us safe from a nuclear conflict is to eliminate these weapons altogether, as called for by the Treaty on the Prohibition of Nuclear Weapons (TPNW).  In the meantime major strides can be made by following the advice of groups like Global Zero, which has crafted an alternative nuclear posture that would eliminate ICBMs, reduce the numbers of nuclear-armed bombers and submarines, and institute a policy of no first use of nuclear weapons.  This approach would be more than sufficient to dissuade any nation from attacking the United States with a nuclear weapon, and it would mark an important first step towards abolishing these weapons of mass annihilation.

The recent meeting between President Biden and Russian President Vladimir Putin offered a glimmer of hope in the form of a joint statement that “a nuclear war cannot be won and must never be fought.”  If they are serious about that, they should make substantial reductions in the nuclear arsenals of both sides as a step towards joining the international consensus in favor of eliminating nuclear weapons.  In doing so, they will need to resist the lobbying and propaganda efforts of the nuclear-industrial complex – a fight well worth having given that the future of humanity may be at stake.