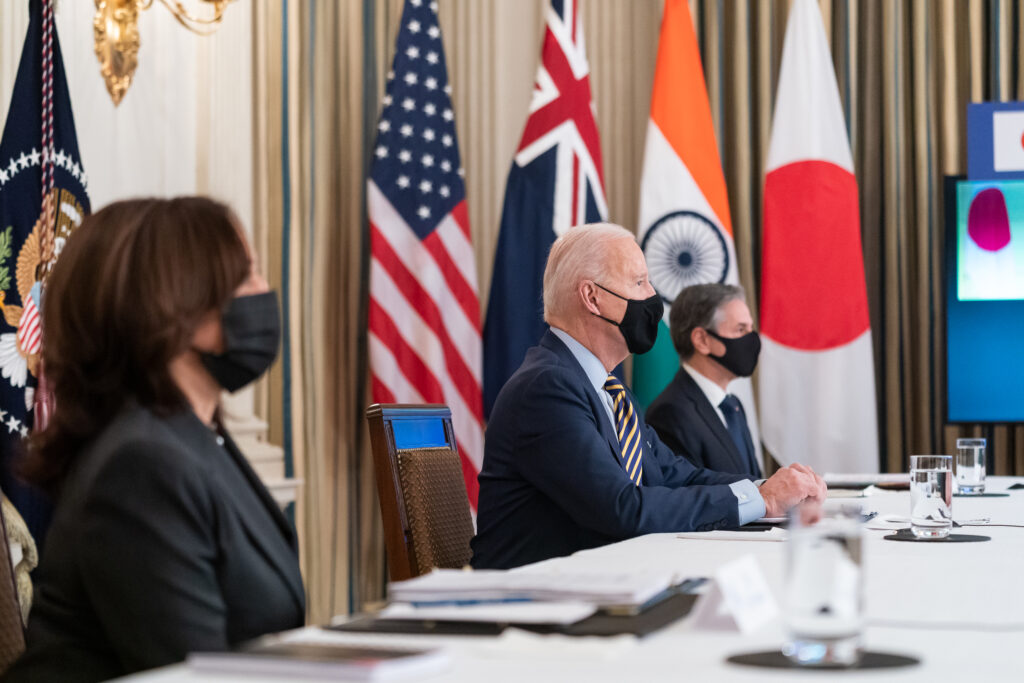 Tomorrow marks the one-hundredth day of the Biden presidency, and there has been a flood of assessments of the administration’s performance thus far.  Nowhere is such an assessment more urgent than on foreign policy.

The biggest news of the first one hundred days was President Biden’s decision to withdraw all U.S. troops from Afghanistan by September 11th of this year. After 20 years, with three presidents presiding over the conflict, a withdrawal is long overdue.  President Biden deserves credit for bucking advice from military leaders and war hawks who said the time wasn’t “right” for pulling out.  The President put it well in his speech announcing the U.S. withdrawal:

“I know there are many who will loudly insist that diplomacy cannot succeed without a robust U.S. military presence to stand as leverage.  We gave that argument a decade.  It’s never proved effective — not when we had 98,000 troops in Afghanistan, and not when we were down to a few thousand.”

But ending the U.S. troop presence is not the same as ending the war, or even ending U.S. involvement.  There needs to be a serious national conversation about what the U.S. role will be once the last U.S. soldier leaves Afghanistan.  Will military contractors remain involved there?  What kind of economic aid will the U.S. provide, and at what level?  What form will U.S. support for Afghan security forces take?  Will the United States remain poised to carry out air strikes in Afghanistan, whether via drones or combat aircraft?  What will be the U.S. role in ongoing peace negotiations?  The administration has hinted at its approach to some of these questions, but much more needs to be worked out, and the sooner the better.

Hopefully the Afghan decision will spark a debate about U.S. withdrawal from other war zones, as well as about the presence of U.S. counter-terror operations in over 80 nations.  A shift from a boots on the ground approach to an increase in the use of special forces, drone strikes, and arms sales will not serve the long-term interests of peace and security. “Diplomacy first” should mean a pullback in all forms of military intervention, not just a shift in tactics.

One of the most promising early signals from the Biden administration was the President’s pledge to end support for offensive operations in Yemen and “relevant arms sales.”

This should have meant suspending or terminating all outstanding sales to Saudi Arabia and the UAE, the two main players in a six-year intervention that has cost nearly a quarter of a million lives and put millions on the brink of famine as a result of a brutal bombing campaign and a devastating blockade.  Instead, the administration has taken an extremely narrow view of which arms sales can and will be used for offensive purposes, giving the greenlight to a $23 billion package of F-35s, armed drones, and $10 billion worth of bombs and missiles to the UAE.  The administration is also  considering allowing all arms sales to Saudi Arabia aside from bombs and missiles that can be deployed from fixed-wing aircraft.  It was also recently revealed that the United States is continuing to supply spare parts and maintenance for the Royal Saudi Air Force, assistance that enables the regime to continue its air war in Yemen.  Hopefully some of these decisions will be reversed once Congress weighs in, and once the administration considers what conditions should apply to the proposed transfers to the UAE and Saudi Arabia.  Otherwise, it will be business as usual, and the Biden administration will sacrifice critical leverage that could be used to promote a ceasefire and an end to the Saudi blockade in Yemen, as a step towards an end to the war via an inclusive peace agreement.

On Pentagon spending, which underwrites a misguided strategy grounded in threat inflation and a quest for permanent global military supremacy, the administration’s performance so far has been deeply disappointing.  It has proposed a budget for the Pentagon and related work on nuclear warheads at the Department of Energy of $753 billion – over three-quarters of a trillion dollars.  This is higher than spending in the final year of the Trump administration.  The $753 billion figure is enormous by historical standards – far higher than at the peak of the Korean or Vietnam wars or the Reagan buildup of the 1980s.  At a time when the greatest risks to human lives and livelihoods come from pandemics, the ravages of climate change, and racial and economic injustice – none of which have military solutions – spending this much on the Pentagon represents budgetary malpractice.

The administration has yet to reveal how the Pentagon budget will be allocated.  Hopefully it will include a rethinking of the Pentagon’s three-decades long plan to build a new generation of nuclear-armed bombers, submarines, and missiles, along with new warheads to go with them, which could cost up to $2 trillion.  Of special concern is the new Intercontinental Ballistic Missile (ICBM), known formally as the Ground-Based Strategy Deterrent.  Former Secretary of Defense William Perry has called ICBMs “some of the most dangerous weapons in the world” because the president would have just minutes to decide whether to launch them in a crisis, greatly increasing the risk of an accidental nuclear war triggered by a false alarm.  Critics have dubbed the new ICBM the “money pit missile” because it will cost up to“at least” $264 billion over its lifetime even as it makes us less safe.

As one would expect 100 days into a new administration, there is a great deal of unfinished business.  One crucial short-term imperative will be to re-enter the Iran nuclear deal, which will reinstate verifiable curbs on Tehran’s nuclear program and reduce the prospects for yet another conflict in the Middle East.  The administration got off to a slow start on this issue, but prospects for a deal have improved in recent weeks.  The task now is to follow through, and to fend off efforts by some members of Congress — and by hawks more interested in regime change than in curbing nuclear weapons — to scuttle the deal by imposing new, provocative and unrealistic conditions before it can go forward.

Perhaps the greatest challenge faced by the Biden administration is how to manage relations with China.  Rather than demonizing Beijing or launching a new Cold War-style arms race, the administration should work diligently to ground the relationship in cooperation rather than confrontation, given the need to work together on existential threats like climate change and preventing or mitigating future pandemics.  Such a policy need not forgo criticism of the Chinese crackdown on democracy activists in Hong Kong or its harsh repression of its Uyghur minority, but expanding the U.S. military presence in the Pacific will not aid in the resolution of these issues.

One hundred days in, there are still many open questions about the trajectory of the Biden administration’s foreign policy over the rest of its term.  Hopefully advocates of human rights, economic cooperation, and military restraint will have a significant say in policy going forward.  Sustaining a variation of the status quo will only serve to exacerbate the world’s most urgent problems.  We can do better.