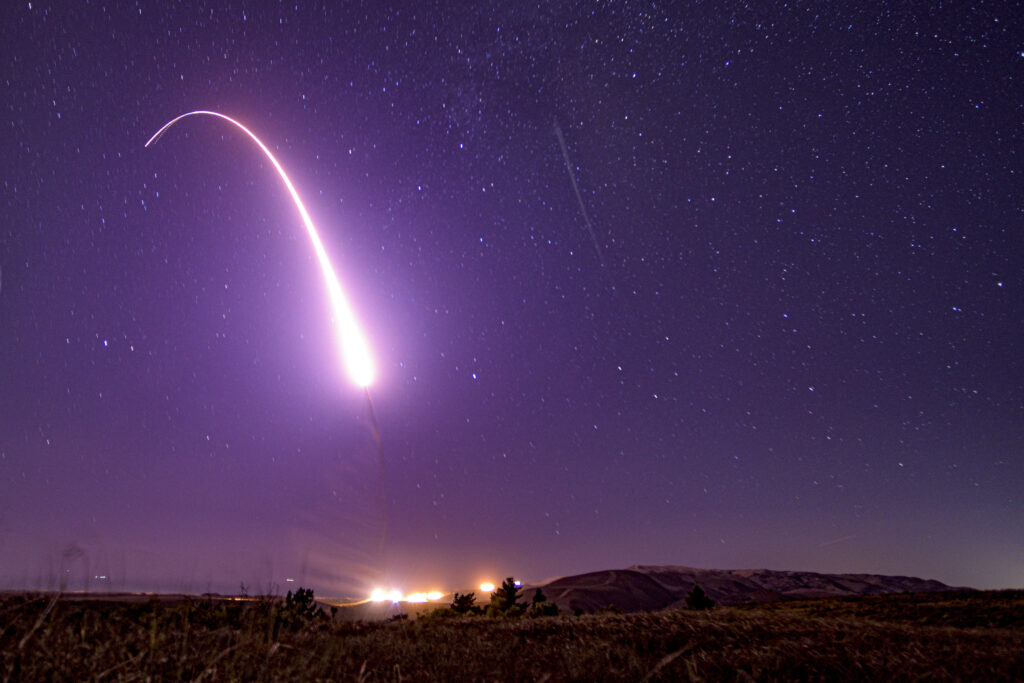 With a price-tag of more than $1.2 trillion dollars, there’s intense debate about plans to overhaul U.S. nuclear forces. What many don’t realize is that there’s considerable money within this debate, and it’s coming from the very companies that will make billions if the United States upgrades its nuclear forces.

A scholar at the Scowcroft Center for Strategy and Security writing in support of U.S. Intercontinental Ballistic Missiles (ICBMs) notes, for example, that “U.S. national security requires the United States to maintain and modernize ICBMs.” What the expert does not note in his passionate defense of nuclear weapons is that the think tank employing him is partially funded by the companies that build nuclear weapons. Those companies will make billions if the plans this scholar advocates for come to fruition.

The Scowcroft Center is certainly not alone — many of the nation’s top think tanks receive considerable financial support from the same companies that stand to financially benefit from the extraordinary amount of taxpayer money being funneled into building more nuclear weapons. And few, if any, of the readers of their work know about these potential conflicts of interest.

As documented in a report recently released by the Center for International Policy (CIP), where we work, U.S. companies that make the most revenue from building nuclear weapons and the systems that deliver them — like Northrop Grumman, Lockheed Martin, Raytheon, and General Dynamics — have donated more than $10,000,000 to some of the most influential think tanks in the United States.

For example, CIP’s report found that from 2014–2019 Center for a New American Security (CNAS), a leading voice on nuclear strategy, received $2.36 million from Northrop Grumman — a nuclear weapons manufacturer recently awarded a $13.3 billion contract to build a new ICBM. Similarly, the Heritage Foundation, an influential think tank on nuclear defense cumulatively received $1,375,000 from the U.S. government and nuclear weapons contractors like Lockheed Martin and Raytheon, and has been a vocal supporter of building more nuclear weapons, which would likely drive tens of billions of taxpayer dollars, to these very same firms.

The American public has a right to know the inherent biases in the debate about nuclear weapons. However, this is not possible when they are unaware of the funding behind a think tank’s work. Think tanks are not required to disclose their funders and even when they do disclose them, they are often reported in a manner that renders them difficult to access by most in the general public. Therefore, the public is mostly unaware that when consuming information regarding nuclear weapons systems from think tanks, those narratives may have been driven by funders with a financial interest in their recommendations.

To mitigate these biases in the nuclear debate, think tanks should be required to publicly disclose their funders and require any scholar writing about nuclear weapons to disclose if they work for an organization that receives funding from those who profit from the nuclear weapons industry.

While Secretary of State Mike Pompeo’s new directive mandating the disclosure of foreign funding of think tanks is a welcome development, the same level of disclosure should be applied to think tanks that receive funding from nuclear weapons contractors. After all, it is the same bias and conflict of interest inherent in both systems of funding non-disclosure.

At a time when distrust of government is high, and the debate regarding the continued relevance of ICBMs rages, think tanks must respect the consumers of their work enough to be upfront and diligent in revealing possible biases and conflicts of interest related to their funding sources.

Why a Peace Agreement Remains Critical to Resolving the Security Crisis in Koreaby Henri Feron / November 17, 2020