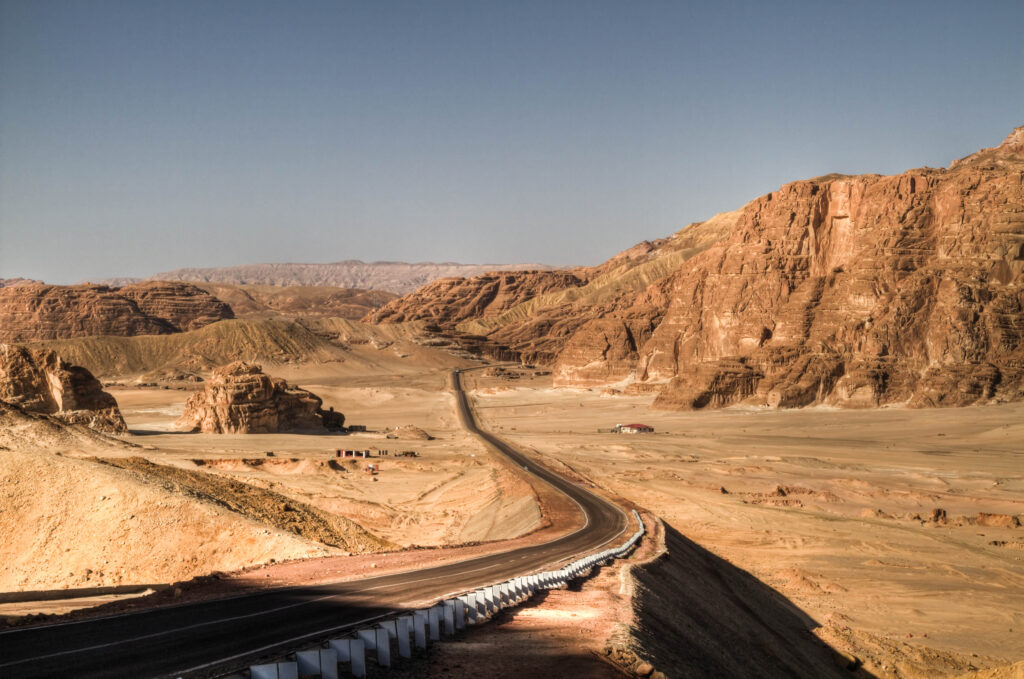 On March 12, the United States and 30 other countries signed on to a rare joint statement at the U.N. Human Rights Council condemning human rights violations committed by the Egyptian government. One month earlier, the Biden administration notified Congress of a $197 million proposed arms sale to Egypt for 168 Rolling Airframe missiles. The approved sale runs contrary to President Joe Biden’s pledge to center human rights in his foreign policy but largely aligns with previous administrations’ long-standing approach to Egypt, as the U.S. has sent approximately $1.3 billion every year in military aid to the country since 1987. In 2020 alone, Egypt received $2.89 billion in arms sales notifications from the United States.

The United States has viewed Egypt as a regional force for stability since the 1979 Camp David Accords and as a key ally in the region for counterterrorism operations targeting the Islamic State’s Sinai Province affiliate (IS-SP) and other extremist groups.

On the campaign trail, Biden pledged to take a harder line than Trump in holding autocrats accountable for their human rights abuses. In a July 2020 tweet, then-candidate Biden vowed there would be “no more blank checks for Trump’s ‘favorite dictator’” if he were elected president, citing a 2019 quote from Trump himself. But two months into his term, President Biden has fallen in line with previous administrations’ stances on security assistance to Egypt, despite campaign pledges and a deteriorating human rights situation there.

U.S. security assistance to the Egyptian government has faced little scrutiny in regard to the effectiveness of the operations it funds. A prime example of this lies in President Sisi’s counterterrorism campaign in the Sinai Peninsula, which has proven to be wasteful and conducive to human rights abuses. Sisi began the operation in February 2018 with the objective of “ending terrorism” in North Sinai within three months, but has not issued an update on the progress of the operation since March 2019.

Since 2019, Egypt has deployed at least 40,000 troops to the Sinai Peninsula, making the operation to contain, rather than defeat, IS-SP — the Egyptian arm of ISIS — the epicenter of President Sisi’s counterterrorism campaign. President Sisi has also avoided addressing the structural issues pushing Egyptians in North Sinai to replenish the ranks of IS-SP, including the central government’s systemic repression of indigenous Bedouins, opting instead to contain the insurgency using a security lens as militants continue attacks.

Sisi regularly uses counterterrorism operations, especially those in North Sinai, to justify human rights abuses. According to Human Rights Watch (HRW), Egyptian security forces in North Sinai have conducted arbitrary arrests, forced disappearances and evictions, the torture and extrajudicial killings of prisoners, and operations that resulted in civilian deaths since the start of the campaign. HRW further reported on March 17 that the forced evictions and home demolitions perpetrated by the Egyptian military during the Sinai campaign are violations of international humanitarian law and may be considered war crimes.

Egypt’s Supreme Council for Media Regulation has banned journalists from entering much of North Sinai or conducting independent reporting on the conflict, largely eliminating any potential for transparency on the direction or results of the Sinai counterinsurgency campaign. President Sisi has also used emergency powers, such as those granted to him during the COVID-19 pandemic and the conflict in the Sinai, to suppress dissent more broadly. As of May 2020, at least 37 journalists were imprisoned in Egypt, and members of the Egyptian media regularly face arrest on inflated charges of joining a terrorist group or publishing news that threatens national security. Egypt ranks 166th in the World Press Freedom Index and over 500 websites have been blocked by the government since 2017, leading members of the U.S. Congress’ Egypt Human Rights Caucus to question the security assistance the U.S. repeatedly sends to the country.

The U.S. Congress has included conditions in appropriations legislation since 2012 that withholds military funding to Egypt until the U.S. Secretary of State certifies Egypt is taking steps to enhance democracy and human rights. However, in every year besides 2014, the Secretary of State has signed a national security waiver that overrules congressional obligations and stymies the potential impacts of the legislation. In response to the Egyptian government’s flagrant violations of human rights and executive inaction on the subject, a report by the Project on Middle East Democracy, co-written by CIP’s William Hartung, outlines potential paths forward for U.S. security assistance to Egypt and includes two major recommendations: removing the national security waiver and increasing the conditionality of aid. The report recommends the U.S. reduce the military aid it provides to Egypt by $300 million, in a signal to the Sisi administration that security assistance is not unconditional.