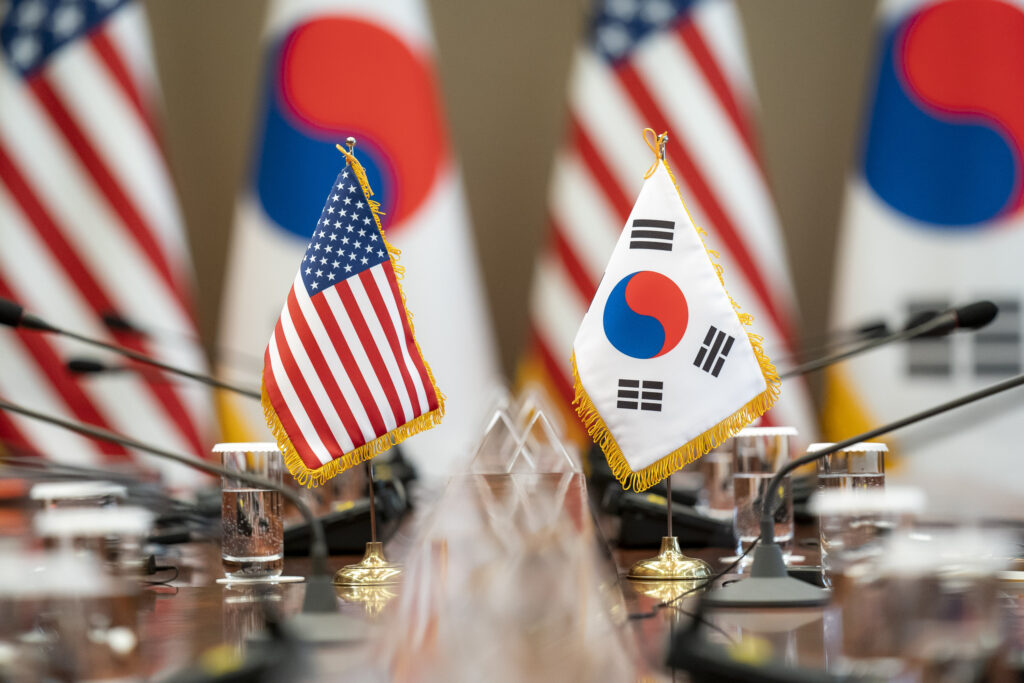 The Secret Reality of the South Korea Lobby

It was December 2019 and I was back home with my family in South Korea. One cold evening, my mom and I decided to watch the movie Parasite. The film left a significant impression on me due to Director Bong Joon-ho’s pointed depiction of the discrimination and hardships that different social classes face in South Korea. I was then overjoyed when Parasite became the first foreign language film to win Oscars, including Best Picture, shattering one fragment of the U.S.’s glass ceiling. While I was proud, I wondered how the film reached this historic milestone — was there something happening in the background that people did not know?

In fact, there was: lobbying. What most people—including South Korean citizens—do not realize is that South Korea spends extraordinary amounts every year on lobbying and influence campaigns in the U.S. In the case of Parasite, CJ Entertainment, Parasite’s distributor, campaigned heavily for the movie during awards season. While CJ Entertainment has not revealed how much they spent campaigning for Parasite, according to Entertainment News, it generally costs about $30 million to run such a campaign. And it is not just private companies that are pushing for South Korea in the U.S. The South Korean government spends tens of millions of dollars annually on lobbying and public relations campaigns in the U.S. Its concerns aren’t cinematic dramas—they are literally life-and-death issues and questions of war and peace, according to a Center for International Policy, Foreign Influence Transparency Initiative (FITI) report that I helped to produce. And, whether I or other South Korean citizens realize it, this lobbying impacts just about every facet of U.S.-South Korea relations.

Take, for example, the presence of 28,500 U.S. Forces Korea (USFK) troops in my home country. Back home, I often drive by the U.S. military base and rarely give it a second thought since U.S. troops have been stationed in South Korea since the 1953 Mutual Defense Treaty. The alliance serves as a powerful deterrent against China’s actions and North Korea’s constant nuclear threats, and both President Moon and President Biden have publicly expressed their strong support for it as well.

What most South Koreans do not realize is that our government lobbies heavily to maintain this alliance. And, in recent years, as Trump repeatedly tried to increase the financial costs to South Korea of maintaining this relationship, this lobbying helped to effectively shield South Korea from paying more to keep those troops there. The stationing of USFK troops is possible through the Special Measures Agreement (SMA) between the U.S. and South Korea, which came to an impasse in 2019 when Trump pushed South Korea to pay $5 billion per year to offset costs of USFK, a significant jump from $870 million per year that the South Korean government agreed to pay. The immediate impact of this disagreement was 4,000 furloughed South Korean workers and the South Korean government having to pay $200 million for the workers who were forced to go on “unpaid leave.”

Behind the scenes, South Korea’s lobbyists worked tirelessly to ensure South Korea did not have to increase its share of these costs, contacting the House Armed Services Committee and the Senate Foreign Relations Committee numerous times, and reaching out to key Members of Congress, like Senator Lindsey Graham. It is notable to mention that FITI’s South Korea report found that Senator Graham, a close confidant of Trump, “was the top individual recipient of campaign contributions from South Korea’s agents, receiving $22,700.” Ultimately, these lobbyists’ efforts led to a stalemate where the South Korean government did not pay Trump’s suggested amount. With a new U.S. President, South Korea and the U.S. were able to settle on a new SMA after “a three-day negotiation.” Even though the details of the agreement have not yet been announced, it is very likely that South Korea would have agreed to pay less than the absurd $5 billion that Trump suggested.

Additionally, the South Korea lobby went into overdrive when COVID-19 struck the U.S. in March 2020 as Trump and his administration announced a mandatory COVID-19 test from travelers coming from South Korea and Italy. The Trump administration went one step further to discourage Americans from traveling to South Korea and even considered halting travel between the two countries. Trump, ever mercurial, ultimately changed his mind. Even though it is challenging to confirm if South Korean lobbyists influenced his change of heart, they sure did their part in sending letters to lawmakers explaining South Korea’s intensive efforts against the COVID-19 outbreak.

In some respects, I am grateful for my country’s lobbying, seeking to elevate its reputation in the U.S. and in the world. But I remain deeply concerned that, because of a lack of transparency in South Korea, most of my fellow citizens have no idea this is happening. Even if South Korea’s citizens support these measures, it is important that our government be transparent about what it is lobbying for and how much of our taxpayer dollars it is spending on these lobbying campaigns. For example, while most South Korean’s do support U.S. military troops being stationed in the country, would they approve of the millions of dollars their government spends on lobbying every year to keep those U.S. troops there? And, because of this lack of transparency in lobbying efforts, South Korea’s citizens will have little idea when their government lobbies for a policy they do not approve of. Greater transparency about South Korea’s lobbying is needed because people have the right to know what their country does abroad and how that might affect their lives. The first step towards greater transparency would be for the South Korean government to regularly inform the South Korean public about its lobbying activities in the U.S.

It took a long time and a lot of blood, sweat, and tears of hundreds and thousands of my people to make democracy a reality in South Korea. If lobbying to maintain that democracy is essential, then it must be done transparently.

Why a Peace Agreement Remains Critical to Resolving the Security Crisis in Koreaby Henri Feron / November 17, 2020