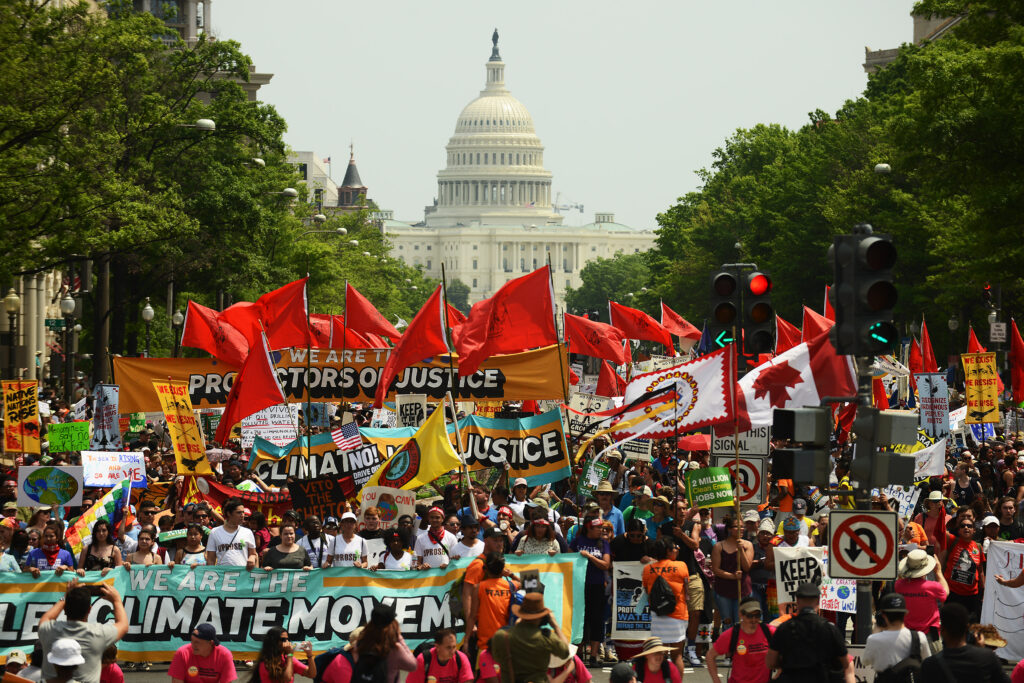 Despite occasional administration rhetoric to the contrary, America has continued to double down on a narrow, military-focused concept of security that ignores the greatest challenges to human lives and livelihoods: climate change, pandemics, and racial and economic inequality.  The best gauge of a nation’s priorities is how it spends its money, and by that measure the Pentagon and related agencies remain the overwhelming winners in the race for budgetary resources.

At over $750 billion per year, the Biden administration’s Fiscal Year 2022 proposal for spending on the Pentagon and related work on nuclear warheads at the Department of Energy is substantially higher than U.S. military spending at the peaks of the Korean and Vietnam wars or the Reagan buildup of the 1980s.  It is more than three times what China spends for military purposes, and ten times what Russia spends.  Perhaps most tellingly when it comes to assessing priorities, half of the nation’s discretionary budget is devoted to military spending – more than virtually every other function of the federal government other than Medicare and Social Security, including environmental protection, public health, education, job training, and other major programs combined. At $750 billion, spending on the Pentagon and nuclear warhead work is nearly 70 times the $11 billion budget for the Environmental Protection Agency. And that’s not all – a full estimate of national security-related spending, including homeland security, taking care of veterans of America’s forever wars, military assistance, and the military share of interest on the national debt pushes the cost of traditional national security objectives to over $1.3 trillion per year.

The costs of over-investing in the Pentagon and underinvesting in fighting climate change are everywhere to be seen: droughts, wildfires, increased hurricane activities, and coastal flooding, among others.  These phenomena will spark famines and refugee crises that will change the shape of life on earth and ultimately pose an existential threat to continued life on the planet.  The need for comprehensive action could not be more urgent.  President Biden’s climate plan would get us part of the way there, but only if it can overcome staunch Republican opposition in Congress, as well as a reluctance on the part of some conservative Democrats to support bold measures to address the climate crisis.

The consequences of climate change are not equally distributed.  The harshest effects will be felt in the global south and in low income communities in the global north, including the United States, that have fewer resources to stave off its worst impacts. And far from helping forge solutions, the Pentagon is part of the problem.  As the largest institutional user of fossil fuels in the world, the Department of Defense is a major contributor to climate change.  And activities that bolster weapons development, like uranium mining that provides raw materials for the development of nuclear weapons, have taken place in Native American communities in the United States and African nations like the Democratic Republic of the Congo, with devastating health consequences.

It doesn’t have to be this way.  As the Center for International Policy’s Sustainable Defense Task Force has demonstrated, a more restrained security strategy could provide a better defense for less money, at a savings of at least $1.2 trillion over the next decade.  The key to realizing these savings would be taking a more realistic view of the challenges posed by Russia and China; reducing America’s global military footprint and reducing the size of the armed forces as part of a strategy of forgoing military interventions like the disastrous wars in Iraq and Afghanistan; rolling back the Pentagon’s nuclear modernization plan, which could cost up to $2 trillion over the next three decades; and cutting excess bureaucracy, including the hundreds of thousands of private contractors employed by the Pentagon.  This approach would free up substantial resources that could be invested in addressing the climate crisis.

The gap between investment in traditional military notions of security and measures to address climate change is enormous.  A 2016 study by the Institute for Policy Studies (IPS) estimated that the U.S. spent 28 times as much on the military as it did on dealing with climate change.  This gap no doubt widened during the Trump years, when official policy held that climate change didn’t even exist.  And an analysis by the National Priorities Project at IPS found that “current levels of climate ambition fall strikingly short of what’s needed to meet the goals of the Paris Agreement and prevent the worst impacts of climate change.”

The Biden administration and Congress need to act promptly to shift priorities towards a security policy that prioritizes dealing with climate change, even if it involves eliminating the filibuster rule, a formidable obstacle to forging a new direction.  The lives of future generations may depend on it.